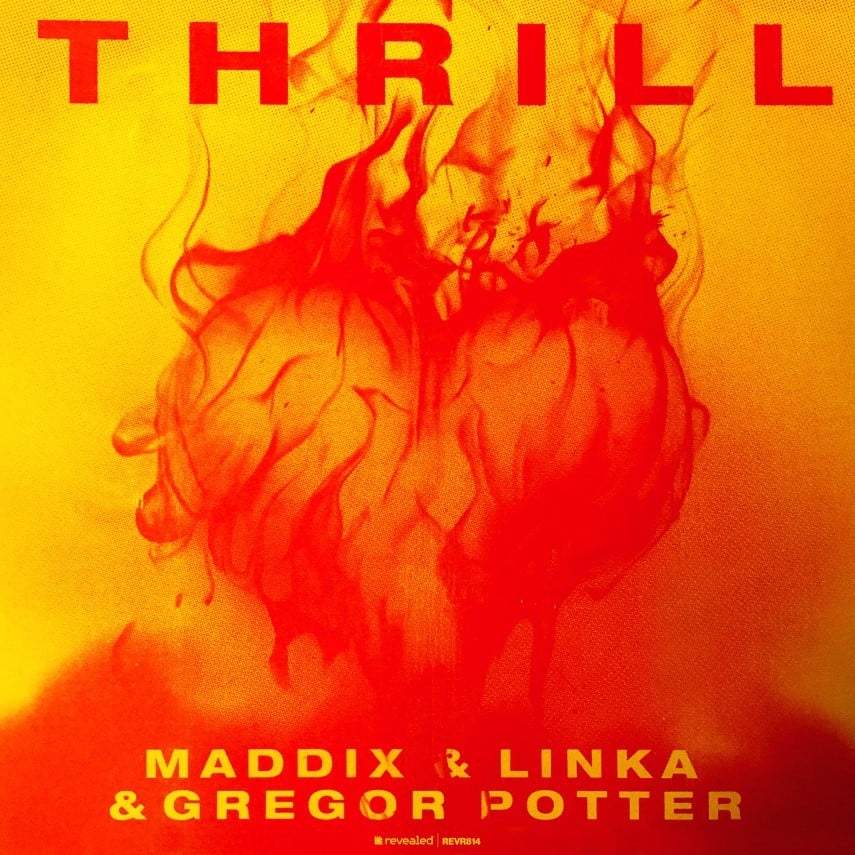 Maddix, Linka and Gregor Potter unite to produce big room euphoria on ‘Thrill’, utilising hints of more techno-inspired sounds in and around the drops.

The trio combine their styles effortlessly on ‘Thrill’, seamlessly transitioning between sounds and genres throughout. Initially, the track is vibrant and light-hearted, however the sonic profile of this song transforms in to a more industrial and heavy-hitting sound as it progresses towards its climax. A big room style drop that is exclaimed by a combination of synth and bassline that could even be described as hardstyle.

Maddix is a Dutch DJ and producer who has garnered substantial recognition from the scene through his unique musical style, which blends elements of techno, trance and big room to create ethereal soundscapes which would get any dancefloor moving. With releases on Armada and Spinnin’, Maddix continues to occupy the relevant circles in the industry, whether that be at the top of charts or playing to the biggest crowds. Maddix is currently signed Revealed Recordings, with his last release on the label ‘Heute Nacht’ reaching almost half a million streams since its release on 14th October. The track has found such success partly due to popularity on the viral platform TikTok, skyrocketing the track in to becoming one of Maddix’s most popular songs!

Make sure you check out Maddix, Linka and Gregor Potter’s new release ‘Thrill’, out exclusively via Revealed Recordings on 11th November 2022!