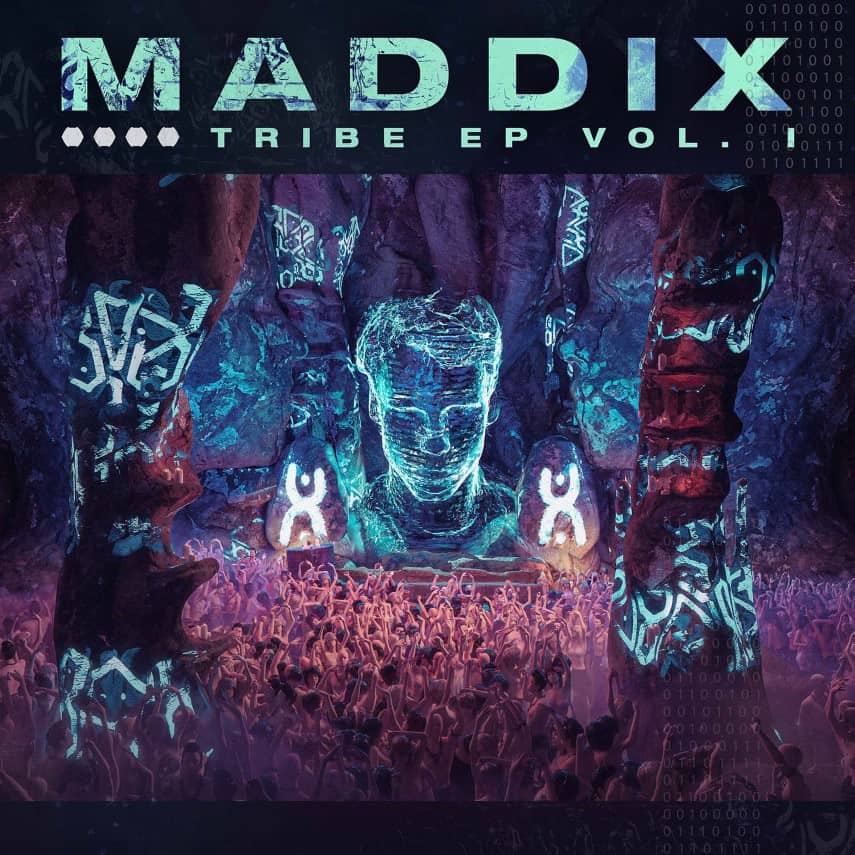 Dedicated Revealed Recordings artist Maddix has always been a hit with the Revealed family, and he gives back to those fans with his latest release, the two-tracker ‘Tribe EP Vol. 1’. After recently changing genre’s and developing a harder sound, Maddix sent 10 Revealed fan accounts elements of the track, asking them to interact with each other to piece together the first single, ‘The Rave’.

‘The Rave’ utilises a repeating pipe melody, accompanied by snare rolls that build towards a crescendo, giving a moment of calm before fans are invited to ‘enter the rave’. The energy exuding from the beat is palpable, as the melody evolves to glide intricately above a pounding techno rhythm, joined by whomps and flashes of synth. ‘Your Mind’ comprises of an acid low end, which signals the tracks intentions early on, as a whirring synth line works with the vocal to create a trippy vibe, once again backed by a hard, techno foundation.

Maddix has established himself as one of the leading members of the Revealed Recordings roster, with numerous bangers released on the imprint which has earnt him praise from the highest tier of his peers, including label head honcho Hardwell, Blasterjaxx, W&W, Timmy Trumpet and Tiësto to name a few, and continues to turn heads as he establishes the evolution of his new sound.